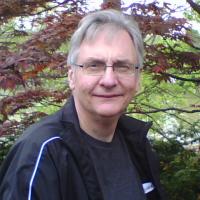 Rich Heffler began writing sacred instrumental arrangements for his own use while majoring in music at Carnegie Mellon University in Pittsburgh, Pennsylvania. He joined the "President's Own" United States Marine Band in 1980 as a clarinetist and later became part of the arranging staff. He retired in 2006. It was in Washington that Rich met several prominent professional Christian instrumentalists and formed ensembles with them that ministered to churches in the National Capitol area. His arrangements for these groups caught the attention of other Christian players and, as a result, Rich began publishing a catalog of hymn and gospel song arrangements intended for professionals and advanced amateurs that included solos, duets, trios and small ensembles. Many of these works have been recorded by several well-known Christian instrumentalists and performed throughout the United States and Canada in churches, Christian schools and colleges. His arrangements are now distributed by David E. Smith Publications.

He has been clarinet soloist with the Marine Band and at the Mid-East Music Conference as well as numerous television appearances in Pittsburgh. He performed with the Pittsburgh Symphony Orchestra, the Pittsburgh Ballet Theater Orchestra and the Chatham Opera Festival Orchestra. Rich is a private instructor of clarinet, saxophone, recorder and piano as well as composer of several original sacred songs published by Singspiration Music. He was recorder soloist at many recitals in Coolidge Auditorium at the Library of Congress in Washington, D.C. and has been Director of Instrumental Music and Associate Sanctuary Choir Director in his home church.

Rich has served as performer, arranger, music camp instructor of woodwinds and conductor at the I.F.C.A. Youth Convention, Sacandaga Bible Conference, Gull Lake Bible Conference and Camp-of-the-Woods. He was a featured soloist at the National C.I.D.A. Convention in 1991. In addition, as a member of the Dedication Trio and the Logos Woodwind Quintet, he has brought quality sacred instrumental music to scores of churches throughout the eastern half of the United States - from Michigan to Florida.