After the Fire is a Christmas musical written by Glenn & Jan Christianson along with Byron Foxx. The musical is written for SATB choirs.
During a time of year when most people are celebrating the birth of Christ, we join a family who survived a house fire but lost everything. Mike & Sharon, along with their teenage on, Jacob, each respond differently to the tragedy. We see that, even though things look bleak from an earthly standpoint, God is still in control, and He uses even these difficulties to bring glory to Himself. This program has eleven songs for choir. Two of the songs have a female solo who can also be the same person who plays Sharon in the program. With a simple cast of four characters, the program can be done as a complete drama or in reader's theater format. The program length is approximately 45 minutes. 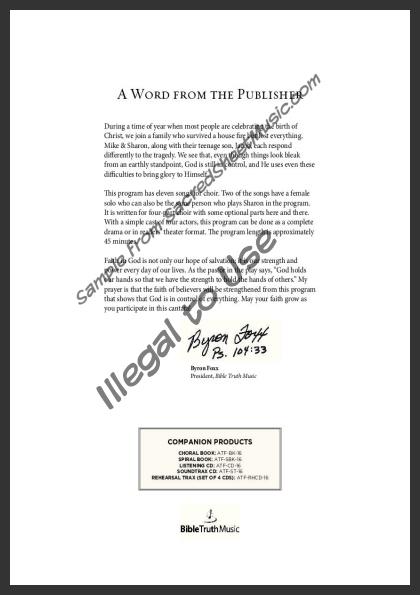 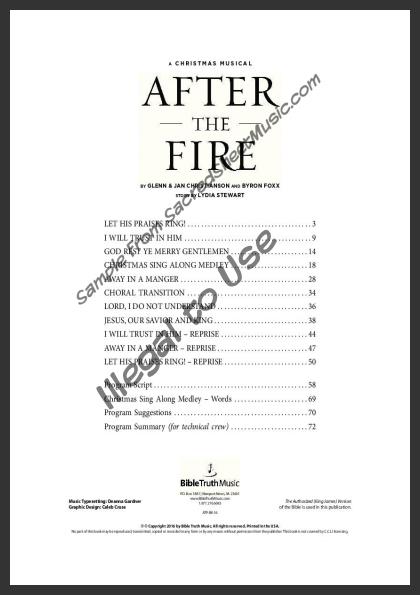 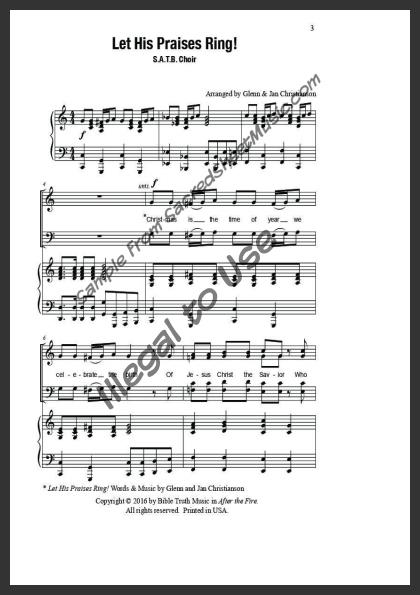 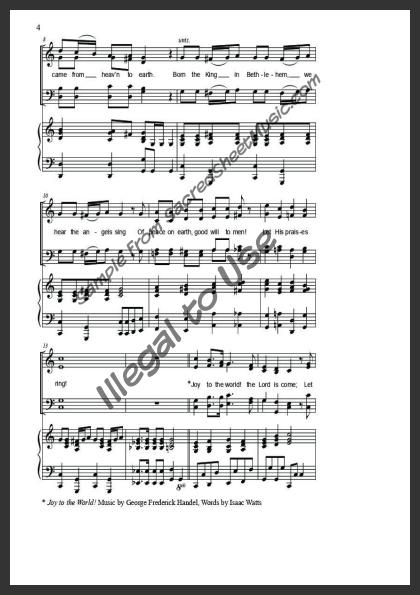 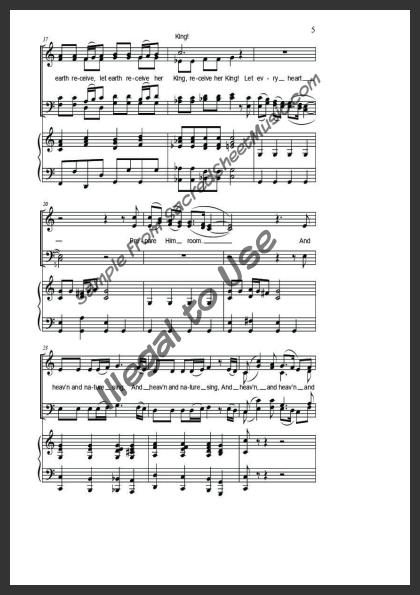