In The Sweet By and By

An accompanied saxophone duet (2-Altos with opt. Tenor) duet which begins with a melodic motif and then presents the hymn tune in unison by the two parts. The chorus then breaks into a duet harmonization in a straight forward manner. The next section presents the first part in a melodically altered rendition with the second part answering in an obbligato like fashion. The middle section is a Q&A form with the piano dropping out, followed by a piano solo section. A modulation now gives rise to the second part acting as a solo, followed by another modulation where the first takes over as a soloist. Then another modulation where the two parts present the chorus in a straight duet section., where it remains until the end. 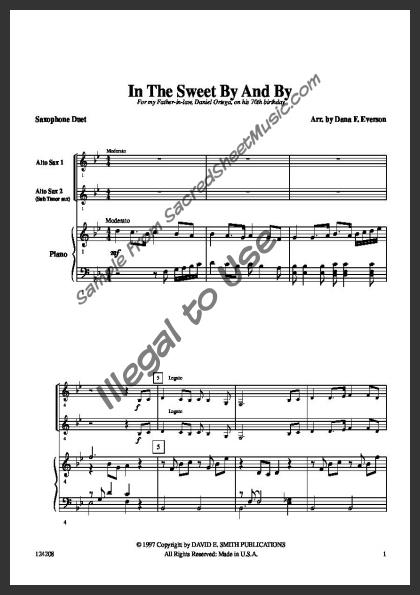 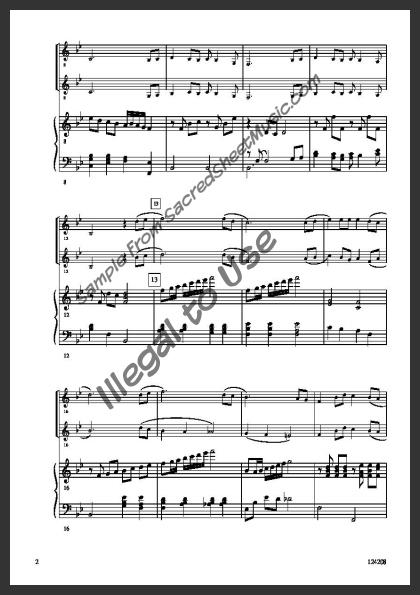 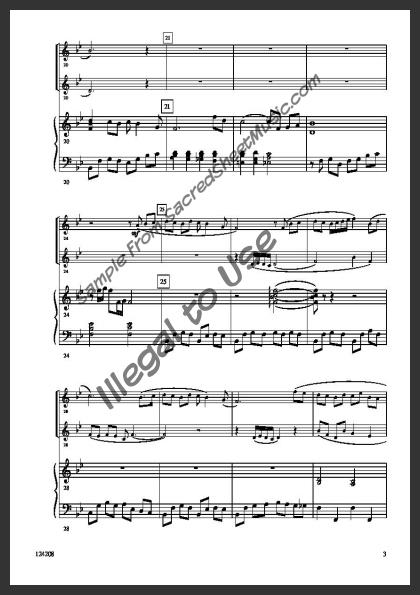 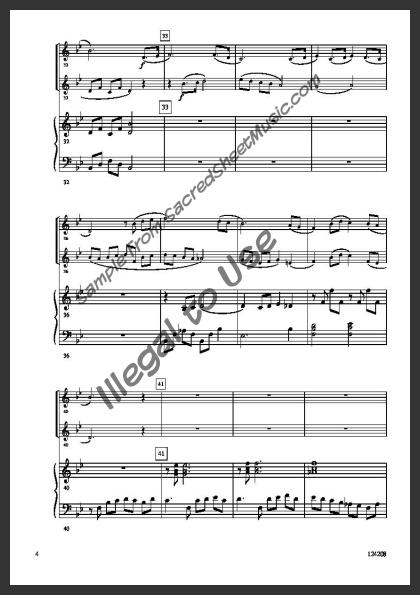 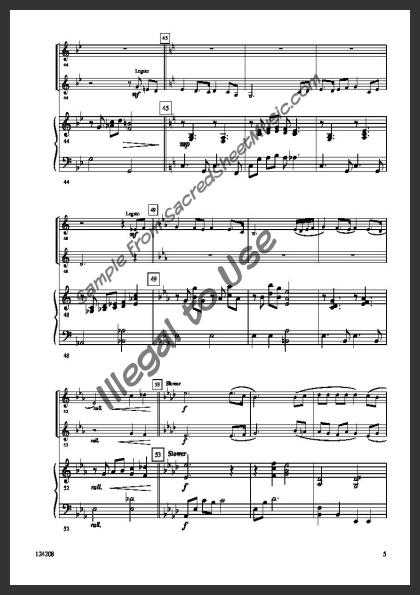