A Woodwind quartet for two flutes and 2 clarinets. The first phrase is stated in the top voice, then adding the second voice, further adding the third voice until all voices are in agreement. The next section moves in a rather jaunty motion going through various meter changes. The middle section is stated with the tune in the top voice with accompaniment figures presented in a syncopated manner. All this happening in a modulated key. Further modulation takes place with a motive stated in the second voice, followed the third, then first until it settles into a final statement of kindness. 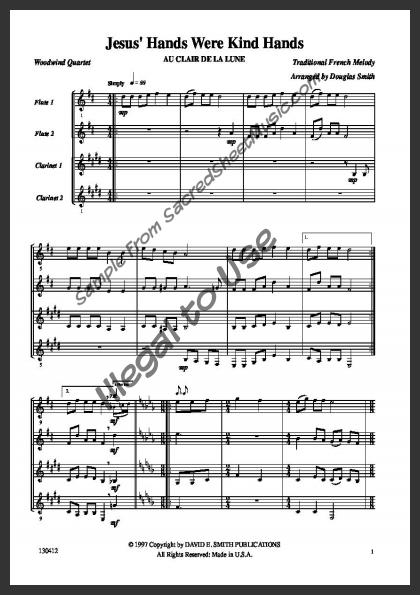 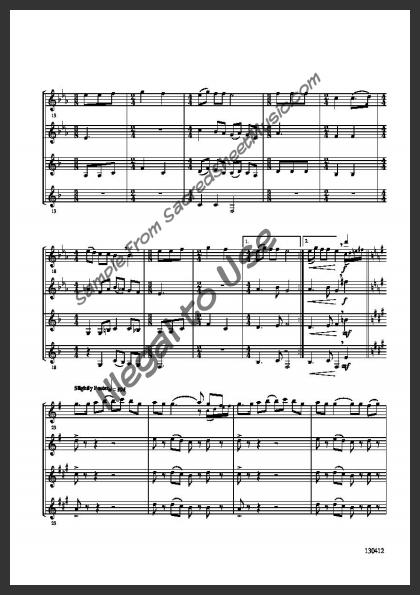 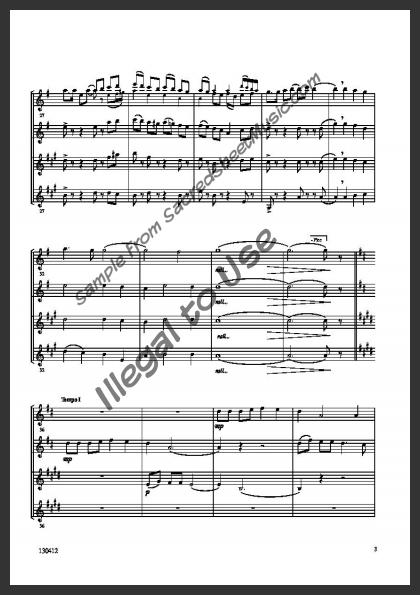 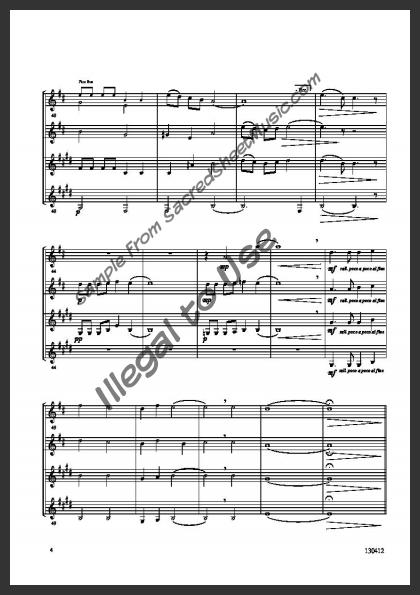 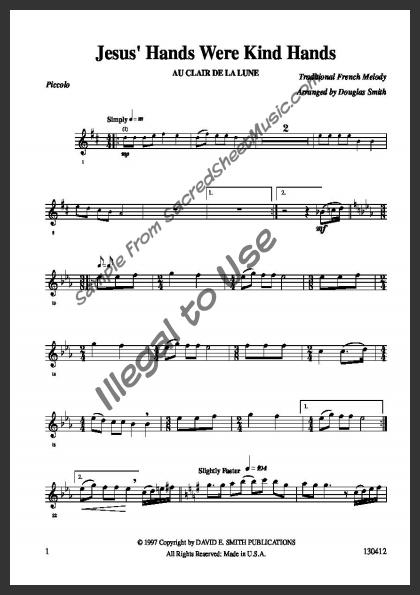