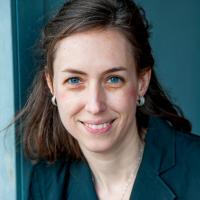 Brenda Portman (b. 1980) is the Resident Organist at Hyde Park Community United Methodist Church in Cincinnati and also the Executive Director of the church’s renowned Organ Concert Series. She is also adjunct organ instructor at Xavier University. She holds D.M.A. in organ performance from the University of Cincinnati – College-Conservatory of Music (2016), where she received a full scholarship as first prize winner of the Strader Organ Competition and served as the teaching assistant for the organ department. Dr. Portman has been a prizewinner in numerous organ competitions spanning a decade, from First Place in the Albert Schweitzer Organ Festival in Connecticut (2006) to Finalist and Audience Prize winner in the Sursa American Organ Competition at Ball State University (2016). In October 2014 she was the only American woman invited to compete in the prestigious Canadian International Organ Competition in Montréal. Her performance there led to a collaboration with acclaimed Canadian composer Rachel Laurin, and a recording on the 88-rank Casavant organ at HPCUMC: "Pilgrimages: Organ Music of Rachel Laurin Inspired by Sacred Themes."

Dr. Portman is the composer of numerous sacred vocal and choral works, which have been praised by many professional singers and church choirs. She has various organ pieces published by Lorenz, Wayne Leupold, and Selah. She was recently honored as the recipient of a hymn composition award which was part of the 300th anniversary celebration of Bruton Parish Episcopal Church in Williamsburg, VA, and her Elegy for organ solo was the winner of the 2016 Twin Cities AGO Composition Competition. Her music has been described as bright, energetic, and full of joy.

More information can be found at her website: www.brendaportman.com.