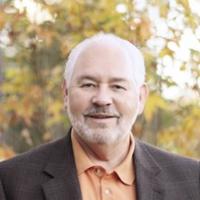 Novelist Bryan M. Powell is also a speaker and composer/arranger with over eighty choral works to his credit. He now enjoys pursuing a career as a full-time writer. Some of his Christian/Political Fiction novels have been published by Tate Publishing, Lightning Source, Kindle Direct Publishing and Vabella Publishing. He is a member of the nationally known ACFW, American Christian Fiction Writers, The Christian Author’s Guild, where he holds the position as President, The Paulding County Writers Guild, and the local chapter of ACFW, the New Life Writers Group. He is also published in the Paulding County Writer’s Guild Publication and in Relief Notes, the Christian Authors Guild’s newest book, released in 2014.He has also been published in the prestigious Georgia Backroads Magazine and local newspapers as an op-ed contributor.
As a guest speaker, he is also well qualified to address a variety of topics, such as Self-Marketing Techniques and How to Build a Killer Book Trailer.