Away in a Manger — a medley of two tunes

Away in a Manger” is a beloved children’s hymn that was first published in the late nineteenth century with text attributed to the Protestant reformer Martin Luther as “Luther’s Cradle Song.”

Although Luther’s authorship is questionable, the hymn quickly became popular and various tunes were suggested for the text, with the two featured in this arrangement gaining great popularity over time.

“CRADLE SONG” was composed by William J. Kirkpatrick (1838-1921), a prolific hymn-writer and prominent musician in Philadelphia’s Methodist Episcopal churches. “MUELLER” was composed by James R. Murray (1841-1905), also a prolific writer of songs and song-books, and editor of music journals. The former tune is most popular in the UK, while the la er is best known in the US. 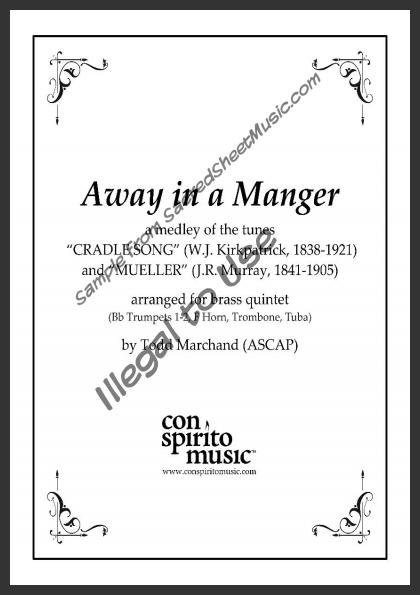 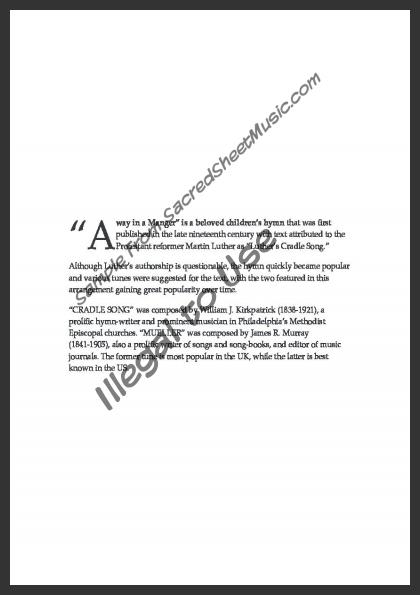 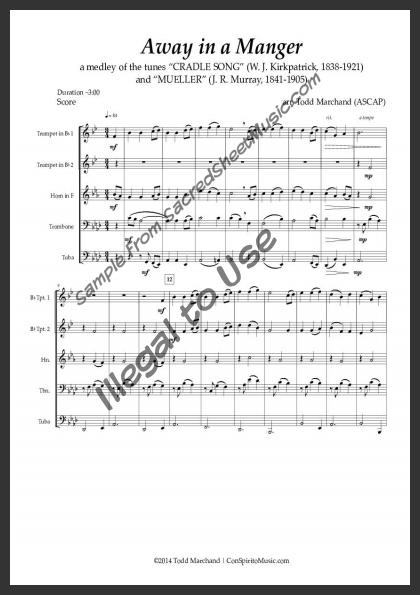 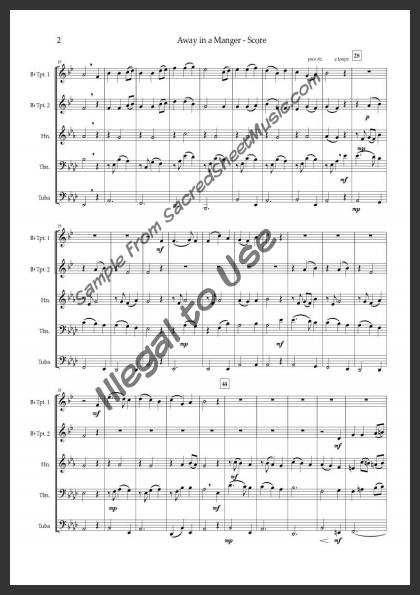 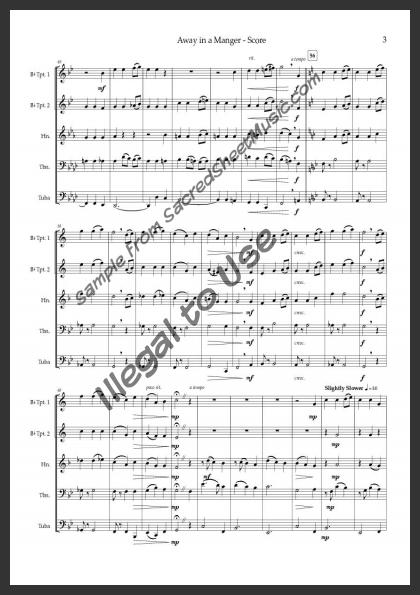