Let Us Break Bread Together

“Let Us Break Bread Together” is an African-American folk song passed down through oral tradition in South Carolina’s coastal communities. First transcribed by Nicholas George Ballanta-Taylor, an African ethnomusicologist, and published in his Negro Spirituals of Helena’s Island (1925), it has become a hymn sung in many churches throughout the United States and beyond.

The tune became widely known after publication in The Second Book of Negro Spirituals (1926), compiled by brothers James Weldon Johnson and Rosamond Johnson, and it grew in popularity with its inclusion in many 20th-century hymnals and through various choral arrangements.

In this arrangement, trombone and organ each take a turn at the verse and refrain, then join together after a modulation up one step on verse, refrain and conclusion. 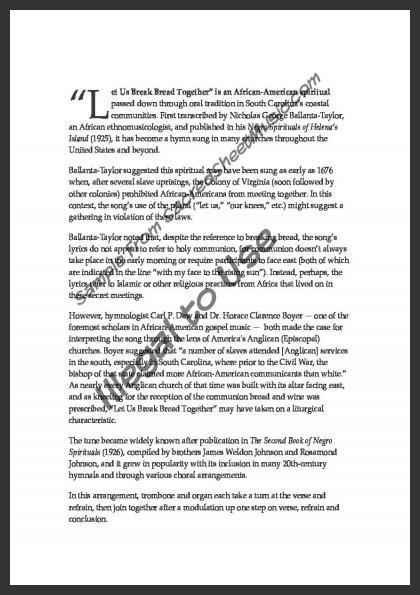 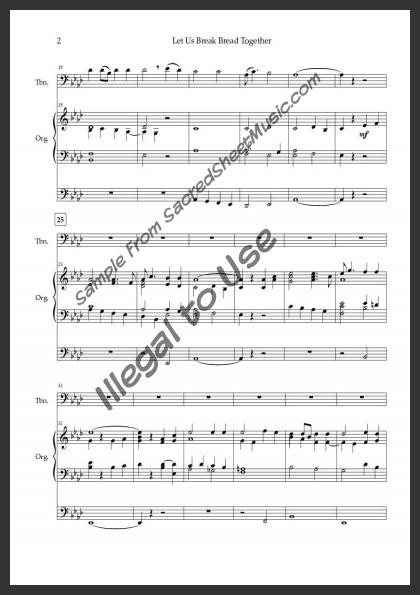