Lo, How a Rose E'er Blooming

“Lo, How a Rose E’er Blooming” (“Es ist ein Ros entsprungen”) is a Christmas carol of German origin. The text is thought to have been written by an anonymous author, and the piece first appeared in print in the late 16th century. The tune most familiar today appears in the Speyer Hymnal (printed in Cologne in 1599), and the familiar harmonization was written by German composer Michael Praetorius in 1609. The English translation “Lo, How a Rose E’er Blooming” was written by Theodore Baker in 1894.

This arrangement features fresh harmonies and a flute descant in the second verse. 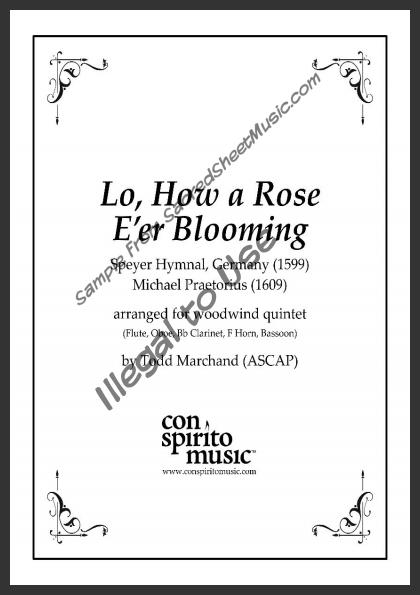 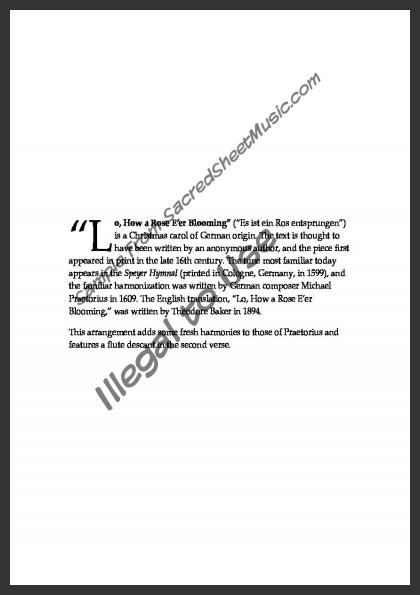 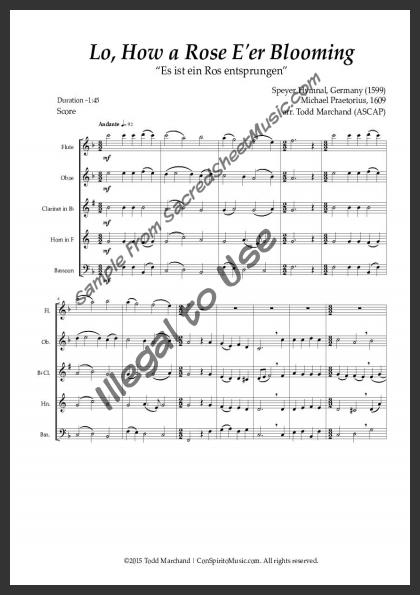 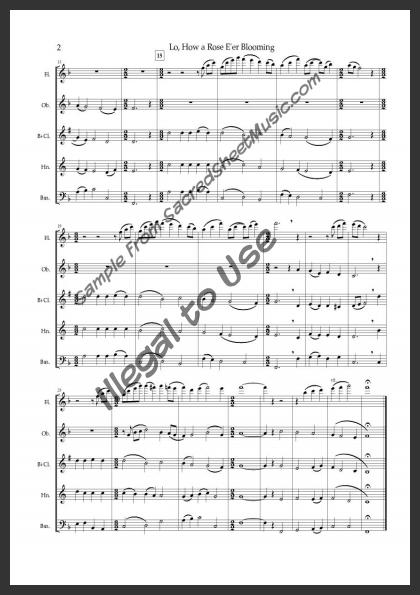 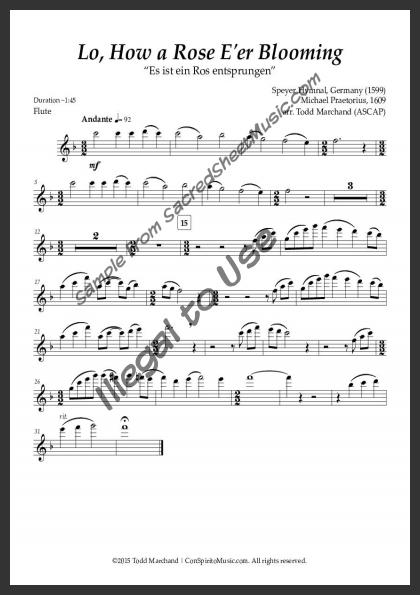